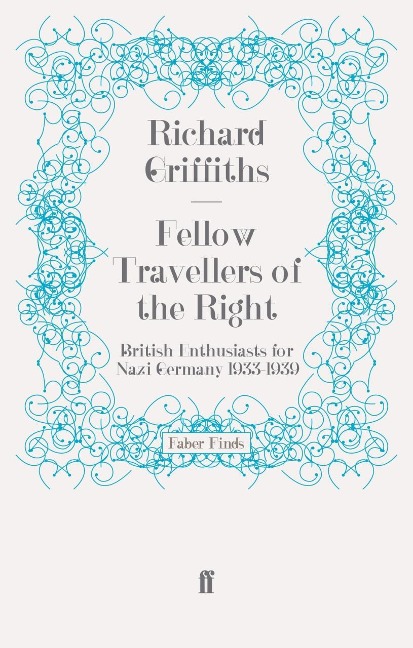 Fellow Travellers of the Right

When reviewing the first edition in the Times Literary Supplement, Stephen Koss wrote that Fellow Travellers of the Right 'should be required reading for those who believe that ignorance under any circumstances can deter evil'. One can see why. So topsy-turvy had attitudes become in certain circles that the accusation of being 'unquestionably the biggest war-monger in the world today' was levelled at Churchill, not Hitler!

In the author's words 'this book is an attempt to study the various forms of motivation which led to this phenomenon (pro-Nazi sympathies in Britain). It is also an attempt to assess the years in which approval for Nazi Germany became greater or less, and the possible reasons for these changes.' The author goes on to say, 'The pattern of British pro-Nazism is at first sight surprising. After a slow start in the 1933-35 period, it reached a high peak in the years 1936 and 1937, after which it gradually declined until, at the outbreak of the war, it was confined to extremist groups and isolated outcrops of specially motivated approval.'

From misguided writers like Edmund Blunden and Henry Williamson to altogether more sinister figures like Lord Londonderry and Sir Arnold Wilson, the roll-call of 'fellow travellers of the Right' is disturbing. Richard Griffiths' acclaimed and much-sought-after book remains the best on the subject.