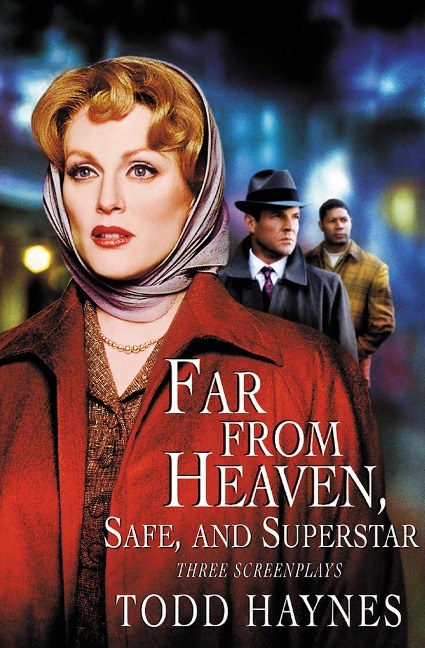 Far from Heaven, Safe, and Superstar

Three acclaimed screenplays from one of today's most provocative filmmakers, including the Oscar nominated screenplay Far from Heaven.

An award-winning auteur and a pioneer of the New Queer Cinema movement, Todd Haynes has achieved both critical acclaim and box office success with his original, intelligent, and often controversial films. Collected here are three of his most celebrated screenplays.

Far from Heaven: Winning fifty critics' prizes and appearing on two hundred Top Ten lists, Far from Heaven was also nominated for four Academy Awards. Inspired by the films of Douglas Sirk, it tells the story of a 1950s housewife who is alienated by her neighbors when she pursues an affair with her African American gardener after learning of her husband's homosexuality.

Safe: Haynes's breakthrough feature was voted Best Film of the 1990s by the Village Voice Film Critics Poll. It tells the disturbing story of an affluent suburban housewife whose life is shattered by a mysterious illness. One character suggests that perhaps she is "allergic to the twentieth century."

Superstar: The Karen Carpenter Story: Told with a cast of Barbie dolls, this short film about Karen Carpenter's battle with anorexia was named one of Entertainment Weekly's Top 50 Cult Movies in 2003. Though the film was ordered destroyed after a lawsuit by the Carpenter estate, it remains an underground classic and "the most talked-about, least-seen film of the '80s" (The A.V. Club).