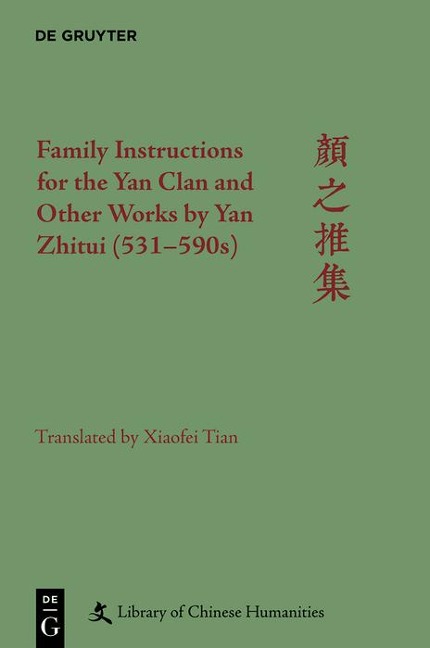 Yan Zhitui (531-590s) was a courtier and cultural luminary who lived a colourful life during one of the most chaotic periods, known as the Northern and Southern Dynasties, in Chinese history. Beginning his career in the southern Liang court, he was taken captive to the north after the Liang capital fell, and served several northern dynasties. Today he remains one of the best-known medieval writers for his book-length "family instructions" (jiaxun), the earliest surviving and the most influential of its kind. Completed in his last years, the work resembles a long letter addressed to his sons, in which he discusses a wide range of topics from family relations and remarriage to religious faith, philology, cultural arts, and codes of conduct in public and private life. It is filled with vivid details of contemporary social life, and with the author's keen observations of the mores of north and south China. This is a new, complete translation into English, with critical notes and introduction, and based on recent scholarship, of Yan Zhitui's Family Instructions, and of all of his extant literary works, including his self-annotated poetic autobiography and a never-before-translated fragmentary rhapsody, as well as of his biographies in dynastic histories.