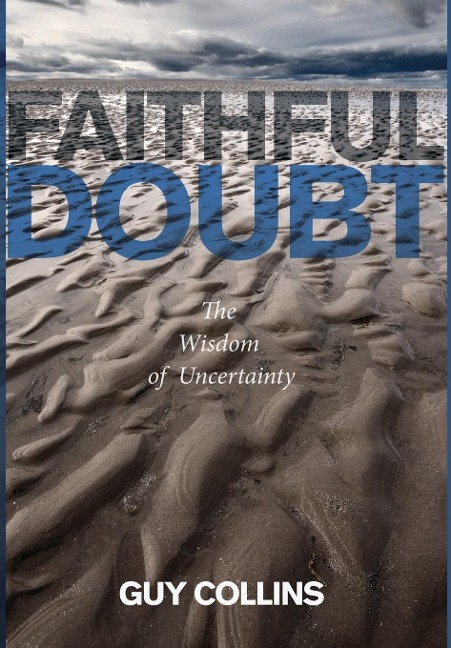 In Faithful Doubt Guy Collins explores the role of doubt within theology and philosophy. Focusing on three philosophers--Giorgio Agamben, Jacques Derrida, and Slavoj Zizek--Faithful Doubt argues that atheism can be redeeming. Far from being inhospitable to faith, doubt is increasingly necessary for theology.

As well as introducing the thought of contemporary philosophers, Faithful Doubt examines the significance of popular entertainment and narrative. Novels of Ursula Le Guin, Neal Stephenson, China Mieville, and others are read alongside Star Wars, Star Trek, and Battlestar Galactica. Fiction highlights the fluid nature of the sacred and the secular.

On the question of evil, Faithful Doubt suggests that wisdom lies in acknowledging uncertainty. Weaving the story of Job together with St. Augustine, Donald MacKinnon, and Eleonore Stump, evil exemplifies the necessity for doubt within theology.

Faithful Doubt brings a new perspective to debates about the relationship between faith and reason. Concluding with a discussion of Soren Kierkegaard, Collins presents a compelling case for harnessing atheism and doubt in service to Christian faith. In order to ""doubt wisely"" we need to heed the ""faith of the faithless.""

""From Star Trek and The Hunger Games to Zizek, Agamben, and Derrida, and from the theology of Saint Thomas to Kierkegaard and Honest to God, Faithful Doubt presents a powerful body of evidence in favor of the view that believers and atheists alike are ill-served by the 'God wars' of the last decade. Guy Collins persuades us that there is indeed a wisdom in uncertainty and that faith itself is helped by the admission of doubt.""
--George Pattison, University of Glasgow, Glasgow, UK

""Guy Collins takes us on some ride. Theological traditions, cutting-edge philosophy, and popular fiction are skillfully woven together. The result is a refreshingly clear and contemporary argument for why doubt belongs at the heart of faith. If you are tired of the sterile clash of religious and atheist fundamentalisms, read this book.""
--Steven Shakespeare, Liverpool Hope University, Liverpool, UK

""Ranging from Star Wars to Derrida, from contemporary novels to Zizek, Guy Collins engages with the whole gamut of philosophy and popular culture in order to question certainties and fundamentalisms of all kinds, whether religious or secular. Written in a lively and accessible style, he shows how doubt is the necessary counterpart to faith, rather than its avowed enemy. Highly recommended for all thoughtful readers, of any faith or none.""
--Gavin Hyman, University of Lancaster, Lancaster, UK

""Guy Collins weaves a fascinating portrait of the ways that doubt and faith nourish one another. Collins shows that a faithless quest for certainty manifests itself across a variety of seemingly opposing forms of modern thought, whether in religious fundamentalisms, in the dogmatic scientism of secular atheists like Christopher Hitchens, in angry rejections of God in the face of evil, or in smug theological 'explanations' of human suffering. Faithful Doubt makes a compelling case that doubt does not diminish faith but ensures that it remains faith.""
--Ronald M. Green, Dartmouth College, Hanover, NH

Guy Collins is the Rector of St. Thomas Church, Hanover and the Episcopal Chaplain to Dartmouth College.