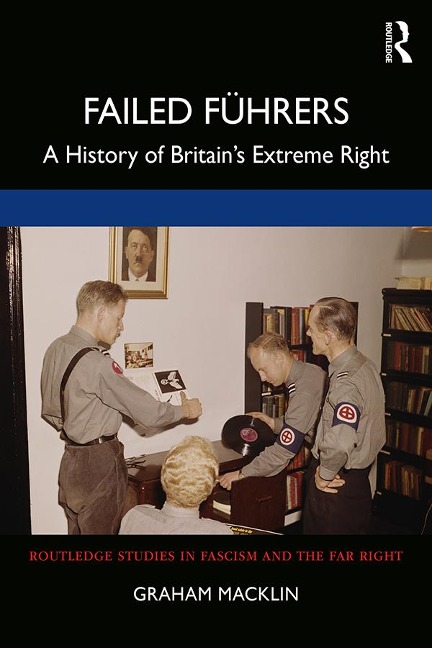 A History of Britain's Extreme Right

This book provides a comprehensive history of the ideas and ideologues associated with the racial fascist tradition in Britain. It charts the evolution of the British extreme right from its post-war genesis after 1918 to its present-day incarnations, and details the ideological and strategic evolution of British fascism through the prism of its principal leaders and the movements with which they were associated.

Taking a collective biographical approach, the book focuses on the political careers of six principal ideologues and leaders, Arnold Leese (1878-1956); Sir Oswald Mosley (1896-1980); A.K. Chesterton (1899-1973); Colin Jordan (1923-2009); John Tyndall (1934-2005); and Nick Griffin (1959-), in order to study the evolution of the racial ideology of British fascism, from overtly biological conceptions of 'white supremacy' through 'racial nationalism' and latterly to 'cultural' arguments regarding 'ethno-nationalism'.

Drawing on extensive archival research and often obscure primary texts and propaganda as well as the official records of the British government and its security services, this is the definitive historical account of Britain's extreme right and will be essential reading for all students and scholars of race relations, extremism and fascism.

Graham Macklin is Assistant Professor/Postdoctoral Fellow at the Center for Research on Extremism (C-REX) at the University of Oslo, Norway. He has published extensively on extreme right-wing and anti-minority politics in Britain in both the inter-war and post-war periods including Very Deeply Dyed in the Black: Sir Oswald Mosley and the Resurrection of British Fascism after 1945 (2007), British National Party: Contemporary Perspectives (2011), co-edited with Nigel Copsey, Failed Führers: A History of Britain's Extreme Right (2020), and Researching the Far Right: Theory, Method and Practice (2020) co-edited with Stephen Ashe, Joel Busher and Aaron Winter. Macklin co-edits 'Patterns of Prejudice, Fascism' and the 'Routledge Studies in Fascism and the Far Right' book series.

Chapter 5 - John Tyndall: In pursuit of the 'Anglo-Saxon Reich'

Chapter 6 - Nick Griffin: From the 'Third Position' to anti-Muslim 'populism'... and back again