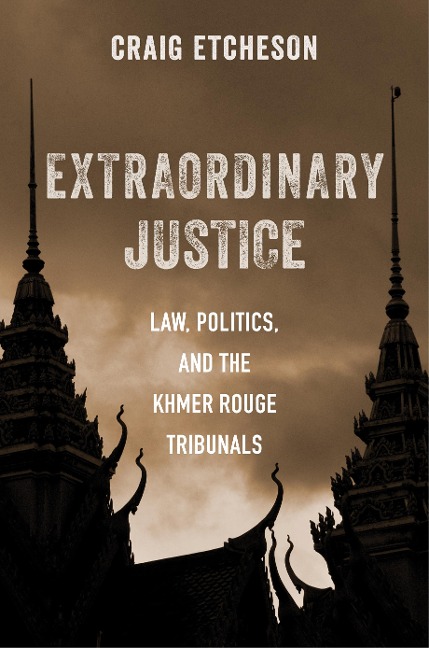 In just a few short years, the Khmer Rouge presided over one of the twentieth century's cruelest reigns of terror. Since its 1979 overthrow, there have been several attempts to hold the perpetrators accountable, from a People's Revolutionary Tribunal shortly afterward through the early 2000s Extraordinary Chambers in the Courts of Cambodia, also known as the Khmer Rouge Tribunal. Extraordinary Justice offers a definitive account of the quest for justice in Cambodia that uses this history to develop a theoretical framework for understanding the interaction between law and politics in war crimes tribunals.

Craig Etcheson, one of the world's foremost experts on the Cambodian genocide and its aftermath, draws on decades of experience to trace the evolution of transitional justice in the country from the late 1970s to the present. He considers how war crimes tribunals come into existence, how they operate and unfold, and what happens in their wake. Etcheson argues that the concepts of legality that hold sway in such tribunals should be understood in terms of their orientation toward politics, both in the Khmer Rouge Tribunal and generally. A magisterial chronicle of the inner workings of postconflict justice, Extraordinary Justice challenges understandings of the relationship between politics and the law, with important implications for the future of attempts to seek accountability for crimes against humanity.