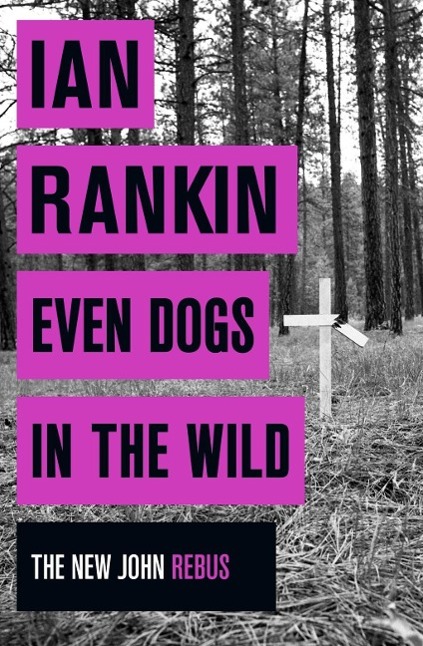 Even Dogs in the Wild

Hands in his pockets, Rebus turned to face Cafferty.
They were old men now, similar builds, similar backgrounds. Sat together in a pub, the casual onlooker might mistake them for pals who'd known one another since school.
But their history told a different story.

Retirement doesn't suit John Rebus. He wasn't made for hobbies, holidays or home improvements. Being a cop is in his blood.

So when DI Siobhan Clarke asks for his help on a case, Rebus doesn't need long to consider his options.

Clarke's been investigating the death of a senior lawyer whose body was found along with a threatening note. On the other side of Edinburgh, Big Ger Cafferty - Rebus's long-time nemesis - has received an identical note and a bullet through his window.

Now it's up to Clarke and Rebus to connect the dots and stop a killer.

Meanwhile, DI Malcolm Fox joins forces with a covert team from Glasgow who are tailing a notorious crime family. There's something they want, and they'll stop at nothing to get it.

EVEN DOGS IN THE WILD brings back Ian Rankin's greatest characters in a story exploring the darkest corners of our instincts and desires.

Born in the Kingdom of Fife in 1960, Ian Rankin graduated from the University of Edinburgh in 1982, and then spent three years writing novels when he was supposed to be working towards a PhD in Scottish Literature.  His first Rebus novel was published in 1987, and the Rebus books are now translated into thirty-six languages and are bestsellers worldwide. Ian Rankin has been elected a Hawthornden Fellow, and is also a past winner of the Chandler-Fulbright Award. He is the recipient of four Crime Writers' Association Dagger Awards including the prestigious Diamond Dagger in 2005. In 2004, Ian won America's celebrated Edgar Award for Resurrection Men. He has also been shortlisted for the Anthony Award in the USA, won Denmark's Palle Rosenkrantz Prize, the French Grand Prix du Roman Noir and the Deutscher Krimipreis. Ian Rankin is also the recipient of honorary degrees from the universities of Abertay, St Andrews, Edinburgh, Hull and the Open University. A contributor to BBC2's Newsnight Review, he also presented his own TV series, Ian Rankin's Evil Thoughts. Rankin is a number one bestseller in the UK and has received the OBE for services to literature, opting to receive the prize in his home city of Edinburgh, where he lives with his partner and two sons. Visit his website www.ianrankin.net or follow him on Twitter @Beathhigh