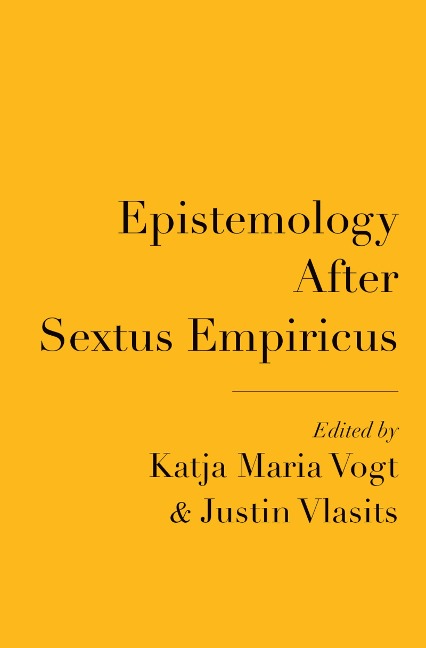 Sextus Empiricus was the voice of ancient Greek skepticism for posterity. His writings contain the most subtle and detailed versions of the ancient skeptical arguments known as Pyrrhonism, adding up to a distinctive philosophical approach. Instead of viewing philosophy as valuable because of the answers it gives to important questions, Sextus considered the search for answers itself to be fundamental and offered a philosophy centered on inquiry. Assuming the point of view of an active inquirer, Sextus developed arguments concerning conflicting appearances, infinite regress in argument, dogmatic assertion of premises that are insufficiently justified, and many other ideas that fascinated later philosophers of knowledge across the centuries. He provided a unique perspective on topics of enduring relevance such as perception, language, logical consequence, belief, ignorance, disagreement, and induction.

While Sextus's importance to epistemology was appreciated by early modern and modern philosophers, he is underrepresented in contemporary discussions. In order to put Sextus back in the center of epistemology, these essays discuss his influence in the history of modern philosophy as well as contemporary engagements with Sextus's version of Pyrrhonian skepticism. The contributors investigate epistemology after Sextus, addressing four core themes of Sextus's skepticism: appearances and perception, the structure of justification and proof, belief and ignorance, and ethics and action. The arguments presented here bridge the divide between contemporary and ancient debates about knowledge and skepticism and will appeal to philosophers interested in epistemology and philosophy of mind as well as those interested in ancient philosophy and the history of philosophy more generally.

Katja Maria Vogt is Professor of Philosophy at Columbia University. She specializes in ancient philosophy, ethics, and normative epistemology. In her books and papers, she focuses on questions that figure both in ancient and in contemporary discussions: What are values? What kind of values are knowledge and truth? What does it mean to want one's life to go well?

Justin Vlasits is Assistant Professor at the University of Tübingen. He obtained his PhD from the University of California, Berkeley and specializes in ancient philosophy as well as contemporary epistemology and logic. In his research, he is particularly interested in questions about inquiry, knowledge, and method from both historical and contemporary perspectives.

Acknowledgments
About the Contributors