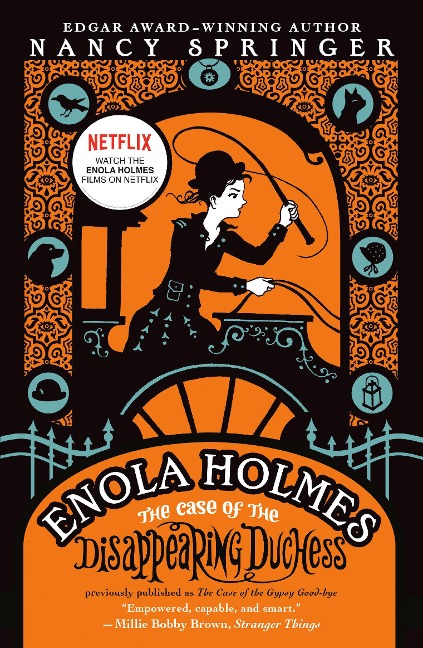 Enola Holmes: The Case of the Disappearing Duchess

Enola Holmes--younger sister to Sherlock Holmes--is back on another case!

As Enola searches for the missing Lady Blanchefleur del Campo, she discovers that her brother Sherlock is just as diligently searching for Enola herself! Sherlock and Enola must solve a triple mystery: What has happened to their mother? And to Lady Blanchefleur? And what does either have to do with their brother, Mycroft?