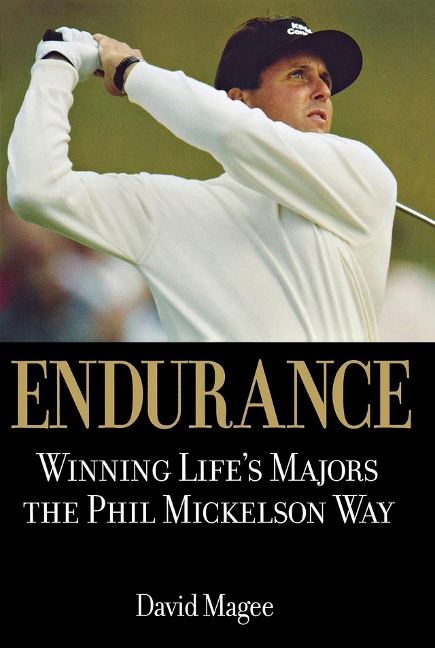 ENDURANCE Winning Life's Majors the Phil Mickelson Way For the first twelve years of his career, Phil Mickelson was one of the world's most skilled, successful, and beloved professional golfers. He also spent most of that period under the cloud of a different title- "The best golfer never to win a Major." Mickelson's persistence and talent were finally- and dramatically- rewarded with his heart-stopping, come-from-behind victory at the 2004 Masters. Endurance traces Phil Mickelson's golfing career from the day he shot an amazing 144 as a three-year-old to his Masters victory and beyond. Invaluable for golf fans and business readers alike, it reveals how, after already securing fabulous success in both his career and personal life, Phil Mickelson continued to study and refine his game toward reaching even greater achievement and fulfillment. Phil Mickelson is esteemed around the world as the "Everyman" who reached the top. Endurance charts how Mickelson overcame disappointment and adversity to claim the ultimate prize- and how anyone can follow his model to do the same.