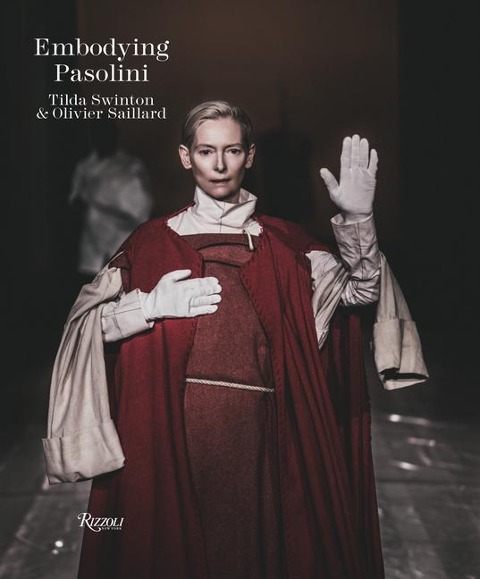 Retracing Pier Paolo Pasolini's entire cinematography-which continues to fascinate audiences almost half a century after his passing-Embodying Pasolini explores the costumes that brought his films to life. From The Gospel According to St. Matthew (1964), The Canterbury Tales (1972), and Arabian Nights (1974) to Salò, or the 120 Days of Sodom (1975), Pasolini's movies are known for their provocative flair-making them staples of art cinema's golden age. Styled by Danilo Donati, the costumes-garments, coats, and hats-enlivened the films with their rich textures, volume, color, and embellishments.

This exquisite volume documents the eponymous performance that took place in Rome on July 25, 2021, in Solomeo on April 30, 2022, and which will be presented in Paris on December 3 through 10, 2022. Conceived by Olivier Saillard and poetically interpreted by Tilda Swinton, the sold-out event-an ephemeral artwork in itself-showcased thirty of the most influential costumes of Pasolini's films. With fascinating texts by Swinton, Saillard, and Clara Tosi Pamphili and evocative photographs by Ruediger Glatz, this publication-part art object, part catalog-is an extraordinary tribute to cinematic fashion and the sole record of the critically acclaimed production.