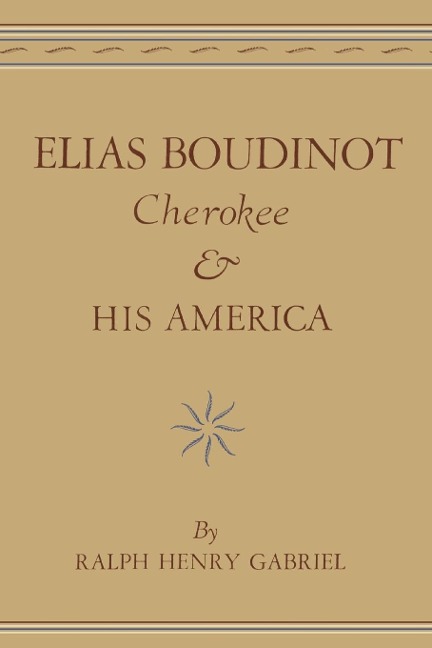 Elias Boudinot Cherokee and His America

The history of the Cherokee Indians has few chapters as absorbing as the life of Elias Boudinot. He was educated by Moravian missionaries in Georgia and at the Foreign Mission School in Cornwall, Connecticut, where he adopted the name of New Jersey philanthropist Elias Boudinot. There he came to know and love Harriet, the daughter of Benjamin Gold. Their courtship met with blazing hostility in that Puritan community, but their interracial marriage soon took Harriet Gold to settle with Elias in his Cherokee homeland.

The Cherokee country around New Echota was in turmoil in 1825. Sequoyah's Cherokee syllabary was coming into use, but Georgia urged removal of the tribe westward. Boudinot quickly associated with Samuel Austin Worcester, the New England missionary, in publishing the Cherokee Phoenix. Like friends and relations-the Ridges and Waties-Boudinot believed demoralization would result from continued contact with encroaching Georgia whites, who were eager for Cherokee lands. He urged removal to the West.

Ralph Henry Gabriel tells of Boudinot's struggle for Cherokee education, his part in the removal and signing of the treaty in the face of opposition from powerful Cherokee leader John Ross; his work on the Cherokee Phoenix in Indian Territory (now Oklahoma); and his death at the hands of assassins in 1839. It is also the story of a Cherokee Indian and New England girl who left the East to take up life among Cherokee planters in Indian Territory.

Ralph Henry Gabriel was Larned Professor of American History in Yale University, general editor of the fifteen-volume series, The Pageant of America, and the author of books on regional history and the history of thought in America.  The Vaill letters, upon which this book is based, came into Gabriel's hands quite by accident.