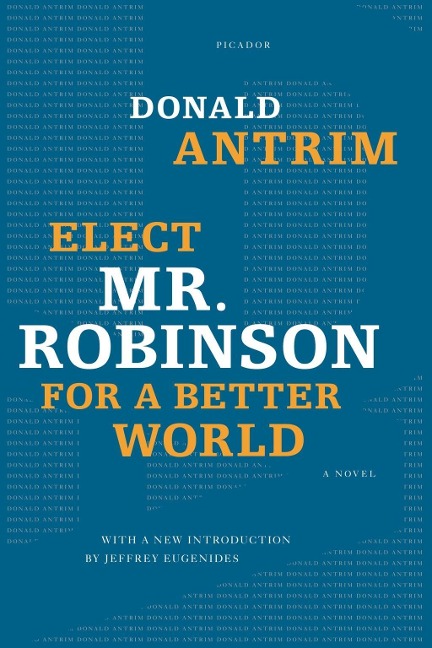 In the seaside community of Donald Antrim's Elect Mr. Robinson for a Better World, the citizens are restless. The mayor has fired stinger missiles into the Botanical Garden reflecting pool, and his public execution was a messy affair. As these hawkish suburbanites fortify their houses with deadly moats and land mines, a former third-grade teacher named Pete Robinson steps forward with a tenuous bid to replace the mayor. But can anyone satisfy the terrible will of the people? By turns funny and phantasmagorical, fiercely intelligent and imaginative, Donald Antrim's story of suburban civics turned macabre is a new American classic.