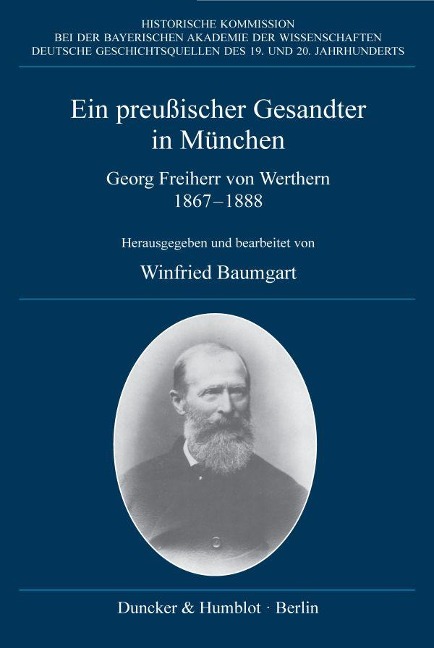 Count G. Werthern was Prussian envoy in Munich from 1867 to 1888. He occupied the most important diplomatic post of the Bismarck era within the newly founded German Empire. The documents published here comprise extracts from his diaries and his secret correspondence with Bismarck. They reveal hitherto unknown details about King Louis II of Bavaria (»the mad king«), his conduct during German unification in 1870/71 and the mysterious circumstances of his death in Lake Starnberg on June 13, 1886.

Winfried Baumgart is Professor emeritus at Mainz University, Germany. He lectured at the universities of Bonn, Mainz, Washington, D.C., Paris IV and Riga. He specialises in the history of international relations of the 19th and 20th centuries. His major works are on the peace of Brest-Litovsk in 1918 (between Imperial Germany and Bolshevik Russia), the peace of Paris in 1856 (which ended the Crimean War), a handbook on international relations between 1830 and 1878, a bibliography of German history (18 editions) and a dictionary of historical and political terms of the 19th and 20th centuries (in 3 languages). He is also editor of the papers of the Prussian king Frederick William IV and emperor Frederick III. His major editorial work is a 12-vol. edition of diplomatic documents on the Crimean War.