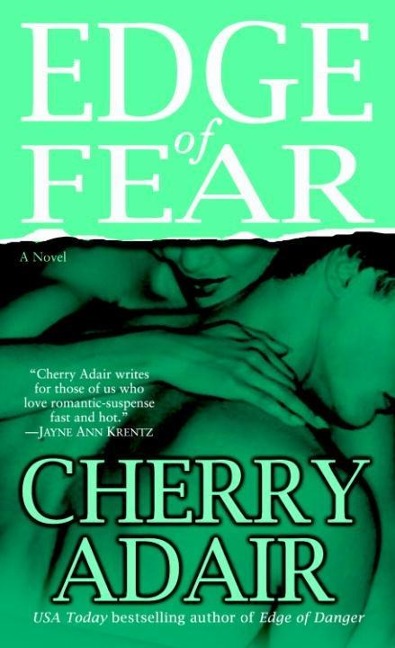 He would rewrite the past to save the woman he loves.

The fearless Caleb Edge is one of three brothers assigned to the top-secret paranormal unit of an elite counterterrorism group. As a prized T-FLAC agent, Caleb uses his special mystical gifts to rewind history, halt evil in its tracks, and protect innocent people . . . like Heather Shaw.

The beautiful daughter of a terrorism financier, Heather watched her father brutally murder her mother. Now, to escape his clutches, Heather begins a new life, far from the realm of power and privilege in which she grew up. On the hunt for Heather's father, Caleb hopes that Heather can lead him to his target, and he'll do anything to achieve his objective -even if it means using his striking good looks to his advantage. But in the face of malevolent forces, Caleb doesn't anticipate a burning conflict between duty and desire, or that he might have to use his power to turn back time-not for justice, but for love.

USA Today bestselling author Cherry Adair has generated numerous awards for her innovative action-adventure novels, which include On Thin Ice, Out of Sight, In Too Deep, Hide and Seek, and Kiss and Tell. A favorite of reviewers and fans alike, she lives in the Pacific Northwest.