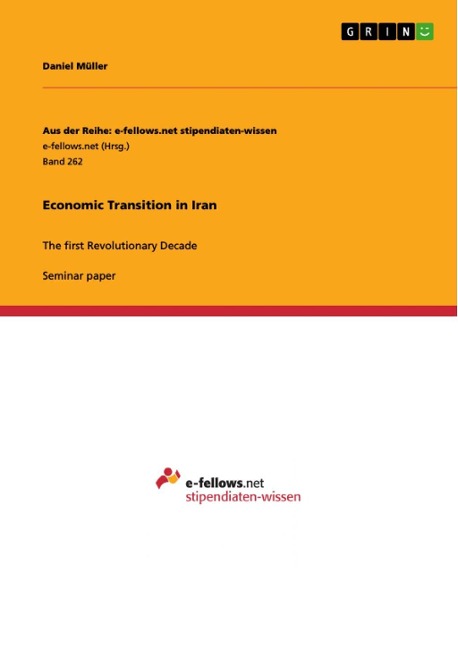 Seminar paper from the year 2010 in the subject Politics - International Politics - Region: Near East, Near Orient, grade: 1,7, University of Haifa (-), course: Political Economy of the Middle East, language: English, abstract: The Shah of Persia is dethroned - the Islamic Republic proclaimed. A pre-eminent Western ally becomes an archenemy of the USA. In this setting, the paper focuses on the economic implications of the revolution. It deals with the underlying principles for an Islamic economy and their implications. However, the Iran-Iraq War throws a curve in an even economic development. The paper also provides an analysis of the impact of the war on the economy. The question of economic transition toward Islamic state capitalism is still on the agenda. In the wake of the Arab revolutions both present and history will present examples. The Islamic Republic of Iran is among them.

A Slip of the Keyboard