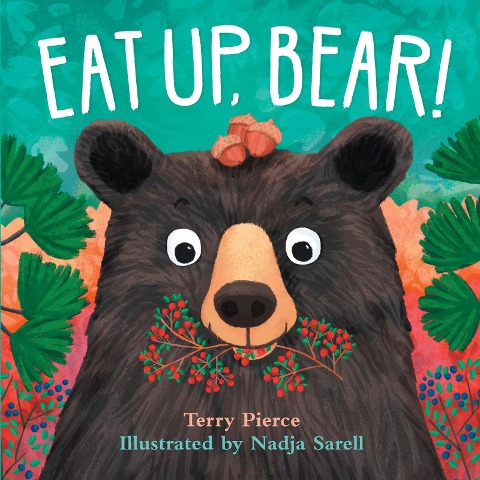 Terry Pierce is the author of twenty-five children's books, including Mama Loves You So, Mother Earth's Lullaby, and My Busy Green Garden. She holds an MFA in Writing for Children and Young Adults from Vermont College of Fine Arts and teaches for UCLA Extension Writers' Program. Terry is an outdoor enthusiast, enjoying backpacking, hiking, rock climbing, and, of course, bear sightings near her home in Mammoth Lakes, California.

Nadja Sarell has a degree in illustration from the North Wales School of Art and Design as well as an MA in dance from Theatre Academy Helsinki. She is the illustrator behind The One and Only Wolfgang, written by Instagram sensation Steve Greig aka @wolfgang2242 and author Mary Rand Hess, and the Frankie Sparks, Third Grade Inventor series. She lives in Helsinki, Finland.