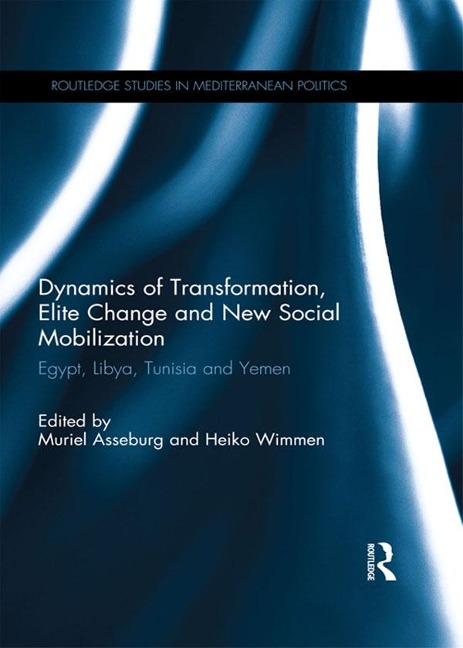 The political transformations initiated by the so-called Arab Spring in Egypt, Libya, Tunisia and Yemen have been marked by strong political contention, continued social mobilization and, albeit to different degrees, weak central state institutions. This book proposes that, rather than agreed roadmaps of institutional change (e.g. elections, drawing up new constitutions) and centrally crafted transition processes, it has been the competition of key political actors for resources of political power and control that has set the pace and influenced the direction and depth of the transformation processes. Hence, the contributions in this volume use an actor-centred approach. Two perspectives are assumed: first key political actors - referring to the "Politically Relevant Elite (PRE)"- are identified and their motivations as well as their strategies and capacities to steer the transformation process. Secondly , the authors investigate the capacity of politically "Mobilized Publics" to exert influence on agenda setting and decision making, ask to what extent popular and social movements have emerged as political actors in their own right, and to what extent such forms of bottom-up participation have constituted a fundamental change to the political culture of these countries. Both avenues of inquiry analyze how the elites are constrained by continued social mobilization, how they engage with mobilized publics to promote their own agendas, and whether the extended scope of popular participation contributes to the legitimacy and stability of the emerging political orders, or causes disruption, fragmentation and conflict. This book was previously published as a special issue of Mediterranean Politics.

Muriel Asseburg is a Senior Fellow in the Middle East and Africa Division of the Stiftung Wissenschaft und Politik (SWP), the German Institute for International and Security Affairs in Berlin. Her research focuses on the Arab-Israeli conflict and questions of state building, political reform and political Islam in the Arab world as well as German, European and US Middle East policies. She recently published Protest, Revolt and Regime Change in the Arab World. Actors, Challenges, Implications and Policy Options (2012).

Heiko Wimmen has been a researcher with Stiftung Wissenschaft und Politik (SWP) since 2009 with a special focus on Lebanon and Syria. In addition, he pursues a PhD project on political activism and social mobilization in divided societies of the Middle East and the Balkans. Recent publications include Democratic Transition in the Middle East. Unmaking power (2012) and Emerging Powers and the Middle East (2010).

5. Mobilized Publics in Post-Qadhafi Libya: The Emergence of New Modes of Popular Protest in Tripoli and Ubari
Rafaa Tabib