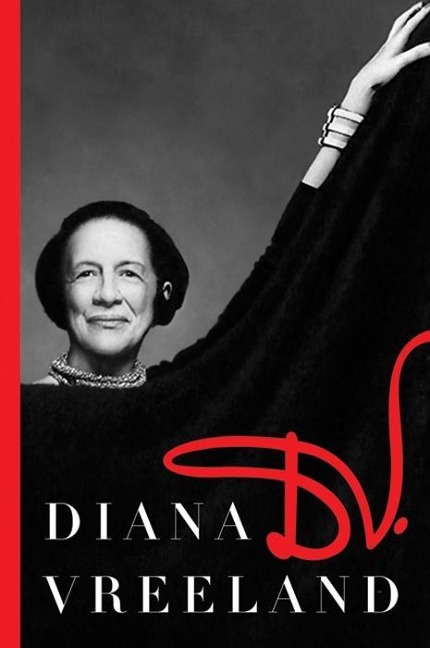 D.V. is the mesmerizing autobiography of one of the 20th century's greatest fashion icons, Diana Vreeland, the one-time fashion editor of Harper's Bazaar and editor-in-chief of Vogue, whose incomparable style-sense, genius, and flair helped define the world of haute couture for fifty years. The incomparable D.V. proves herself a brilliant raconteur as she carries the reader along on her whirlwind life—from English palaces to the nightclubs of Paris in the 1930s to the heart of New York high society, hobnobbing with everyone who was anyone, from Queen Mary to Clark Gable to Coco Chanel.

Diana Vreeland was born in Paris on July 29, 1903. Beginning as the author of the infamous "Why Don't You . . . " column for Harper's Bazaar, Diana's immense success propelled her to fashion editor at the magazine, and she quickly became a singular authority in the fashion world. In 1962, she left to be editor-in-chief at Vogue, and her tenure there was marked by her exceptional ability to translate the zeitgeist of the times, her clairvoyance for trends, and her inimitable style. She was an inspiration for a generation of designers, among them Yves Saint Laurent, Bill Blass, Issey Miyake, and Valentino, and she would help launch the careers of some of today's top designers, among them Diane von Furstenberg, Manolo Blahnik, and Oscar de la Renta.

In 1973, she became a special consultant to the Costume Institute at the Metropolitan Museum of Art, curating shows that featured the clothes and costumes of former Hollywood stars, ballet companies, and master designers. From then until her death in August of 1989, she remained the preeminent voice of the fashion world, its grande dame, and one of its most memorable characters whose lasting influence continues to inspire.