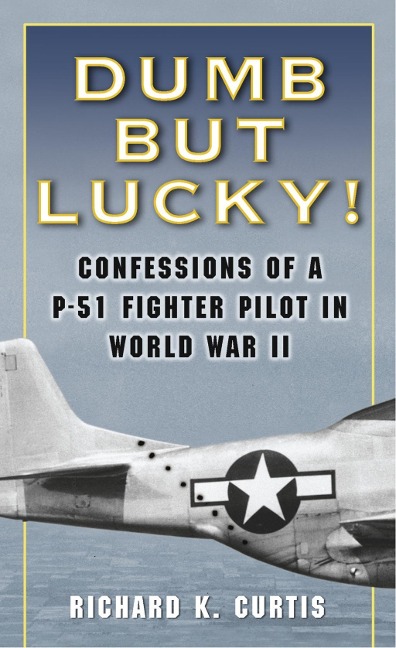 Confessions of a P-51 Fighter Pilot in World War II

Second lieutenant Dick Curtis arrived in Italy in May 1944-twenty years old and part of a shipment of P-51 Mustang fighter pilots so desperately needed that they were rushed into combat with less than thirty hours of flight time in their new high-performance aircraft.

Six of the twelve pilots assigned to the 52nd Fighter Group were shot down in the first two weeks. By his ninth mission, Curtis was the only one still flying. A maverick, he barely escaped court-martial with his high-flying antics. Escorting bombers sent to pound heavily defended oil fields was risky enough, but strafing the enemy supply lines, ports, and airfields was even more dangerous. Curtis may chalk up his success to dumb luck, but these missions took exceptional skill and courage. This hair-raising account captures the air war in all its split-second terror and adrenaline-pumping action.

Richard K. Curtis earned the Air Medal with four Oak Leaf Clusters as well as the  Distinguished Flying Cross in World War II. After the war, he received a B.A. in  theology from Northern Baptist Seminary in Chicago and an M.S. and Ph.D. in speech  communication from Purdue University. He is the author of three previous books: They  Called Him Mister Moody, Evolution or Extinction: The Choice Before Us, and Hubris  and the Presidency: The Abuse of Power by Johnson and Nixon. He retired from the  faculty of Purdue University in 1993.

Boston Campus - Meant for You