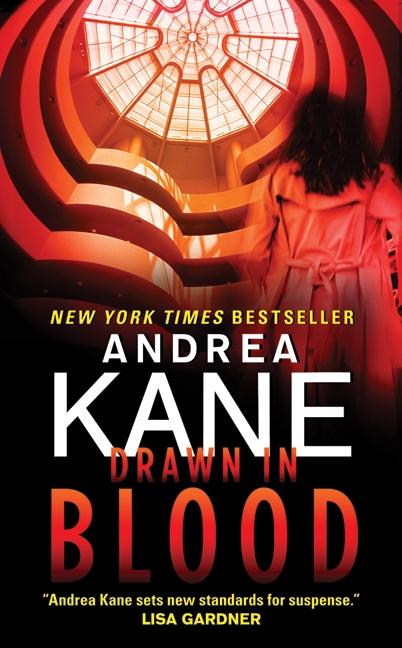 No stranger to the destructiveness of twisted minds, former FBI Special Agent Sloane Burbank never expected evil to invade the lives of her family . . .

When her mother is viciously attacked in her posh Manhattan apartment, Sloane realizes this was no ordinary robbery. The thieves came for something special—willing to brutalize, even kill for it, if necessary—and though it's clear Sloane's father is somehow involved, he isn't talking. Then a mysterious message left for the respected art dealer sets Sloane on a dangerous course to uncover a deadly secret hidden in her father's past . . . while carefully guarding secrets of her own.

A sadistic, power-mad monster is focusing his attention on the people Sloane cherishes, and not even Special Agent Derek Parker, the man she loves, can help her. She alone must uncover a shocking truth before time runs out.

Because suddenly a killer is tightening the noose . . .

Andrea Kane's groundbreaking romantic thriller, Run for Your Life, became an instant New York Times bestseller, paving the way for a series of smash hits featuring NYPD detective-turned-private investigator Pete "Monty" Montgomery, and now her current series features the dynamic FBI team of Special Agents Sloane Burbank and Derek Parker. With a worldwide following and novels published in sixteen countries, Kane is also the bestselling author of fourteen historical romances. She lives in New Jersey with her family, where she is learning new ways to sharpen her firearms and investigative skills like a true FBI special agent. Between target practices, she is researching and writing her next supercharged romantic thriller.