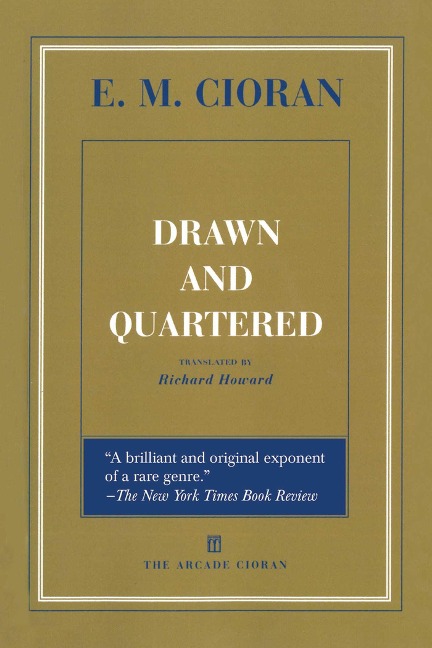 In this collection of aphorisms and short essays, E.M. Cioran sets about the task of peeling off the layers of false realities with which society masks the truth. For him, real hope lies in this task, and thus, while he perceives the world darkly, he refuses to give in to despair. He hits upon this ultimate truth by developing his notion of human history and events as "a procession of delusions," striking out at the so-called "Fallacies of Hope." By examining the relationship between truth and action and between absolutes, unknowables, and frauds, Cioran comes out, for once, in favor of being.