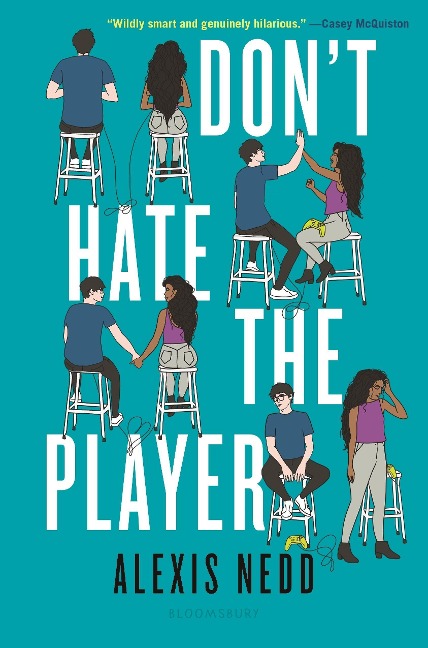 From an exciting new voice comes a funny and heartfelt YA romance set in the world of competitive gaming, perfect for fans of Opposite of Always and Slay.

Emilia Romero is living a double life. By day, she's a field hockey star with a flawless report card. But by night, she's kicking virtual ass as the only female member of a highly competitive eSports team. Emilia has mastered the art of keeping her two worlds thriving, which hinges on them staying completely separate. That's in part to keep her real-life persona, but also for her own safety, since girl gamers are often threatened and harassed.

When a major eSports tournament comes to her city, Emilia is determined to prove herself to her team and the male-dominated gaming community. But her perfectly balanced life is thrown for a loop when a member of a rival team recognizes her . . .

Jake Hooper has had a crush on Emilia since he was ten years old. When his underdog eSports team makes it into the tournament, he's floored to discover she's been leading a double life. The fates bring Jake and Emilia together as they work to keep her secret, even as the pressures of the tournament and their non-gaming world threaten to pull everything apart.

Debut author Alexis Nedd has crafted a YA combo-punch of charming romance and virtual adventure that will win the hearts of gamers and non-gamers alike.