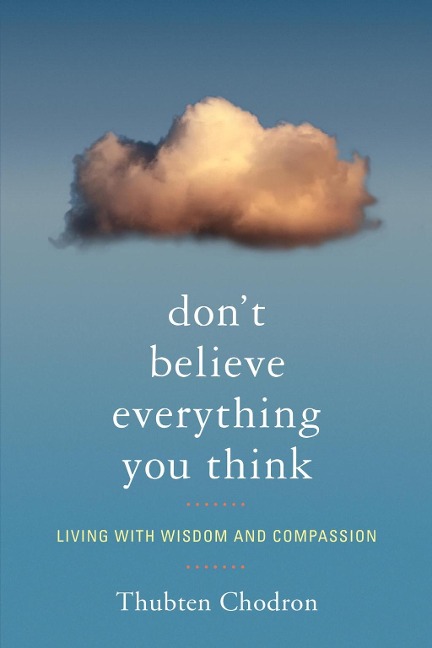 Don't Believe Everything You Think

Living with Wisdom and Compassion

It can be hard for those of us living in the twenty-first century to see how fourteenth-century Buddhist teachings still apply. When you're trying to figure out which cell phone plan to buy or brooding about something someone wrote about you on Facebook, lines like "While the enemy of your own anger is unsubdued, though you conquer external foes, they will only increase" can seem a little obscure.

Thubten Chodron's illuminating explication of Togmay Zangpo's revered text, The Thirty-seven Practices of Bodhisattvas, doesn't just explain its profound meaning; in dozens of passages she lets her students and colleagues share first-person stories of the ways that its teachings have changed their lives. Some bear witness to dramatic transformations—making friends with an enemy prisoner-of-war, finding peace after the murder of a loved one—while others tell of smaller lessons, like waiting for something to happen or coping with a minor injury.

Thubten Chodron, an American-born Tibetan Buddhist nun, travels worldwide, teaching and leading meditation retreats. Known for her clear and practical explanations of the Buddha's teachings, she is the author of Buddhism for Beginners; Working with Anger; How to Free Your Mind; Open Heart, Clear Mind; and Taming the Mind. She lives in Seattle, Washington.