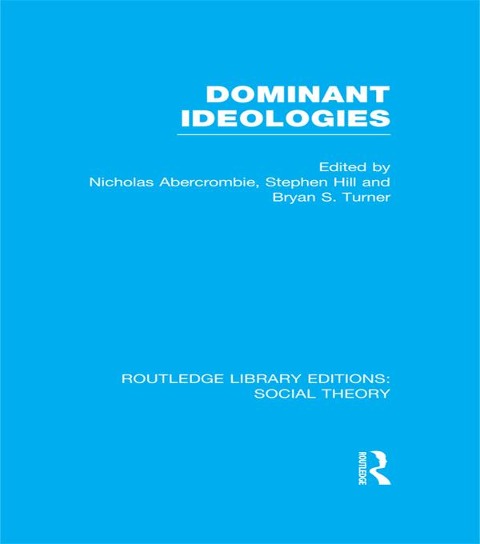 In this volume leading international scholars elaborate upon the central issues of the analysis of ideology: the nature of dominant ideologies. The ways in which ideologies are transmitted; their effects on dominant and subordinate social classes in different societies; the contrast between individualistic and collectivist belief systems; and the diversity of cultural forms that coexist within the capitalist form of economic organization.This book is distinctive in its empirical and comparative approach to the study of the economic and cultural basis of social order, and in the wide range of societies that it covers. Japan, Germany and the USA constitute the core of the modern global economy, and have widely differing historical roots and cultural traditions. Argentina and Australia are white settler societies on the periphery of the capitalist world-system and as a result have certain common features, that are cut across in turn by social and political developments peculiar to each. Britain after a decade of Thatcherism is an interesting test of the efficacy of an ideological project designed to change the cultural values of a population. Poland shows the limitations of the imposition of a state socialist ideology, and the cultural complexities that result.