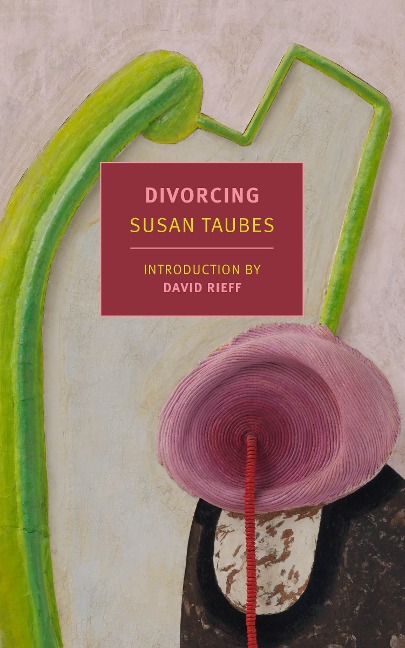 A stunning novel about childhood, marriage, and divorce by one of the most interesting minds of the 20th century, now back in print for the first time since 1969.

Dream and reality overlap in Divorcing, a book in which divorcing is not just a matter of marital collapse but names a rift that runs right through the inner and outer worlds of Sophie Blind, its brilliant but desperate protagonist. Can the rift be mended? Perhaps in the form of a novel, one that goes back from present-day New York to Sophie's childhood in pre-World War II Budapest, that revisits the divorce between her Freudian father and her fickle mother, and finds a place for a host of further tensions and contradictions of her life now. The question that haunts Divorcing, however, is whether any novel can be fleet and bitter and true and light enough to gather up all the darkness of a given life.

Susan Taubes's startlingly original novel was published in 1969 but largely ignored; after the author's tragic early death, it was forgotten. Its republication presents a chance to rediscover a dazzlingly intense and inventive writer whose work in many ways anticipates the fragmentary, glancing, lyrical novels that Renata Adler and Elizabeth Hardwick would write in the 1970s.

Susan Taubes (1928-1969) was born to a Jewish family in Hungary. The daughter of a psychoanalyst, Taubes emigrated to the US in 1939 and studied religion at Harvard. She married the philosopher and scholar Jacob Taubes and taught religion at Columbia University from 1960-69. She committed suicide in 1969, soon after the publication of Divorcing.

David Rieff is the author of ten books, including The Exile: Cuba in the Heart of Miami; Slaughterhouse: Bosnia and the Failure of the West; A Bed for the Night: Humanitarianism in Crisis; Swimming in a Sea of Death: A Son's Memoir; and, most recently, In Praise of Forgetting: Historical Memory and its Ironies. He lives in New York City.