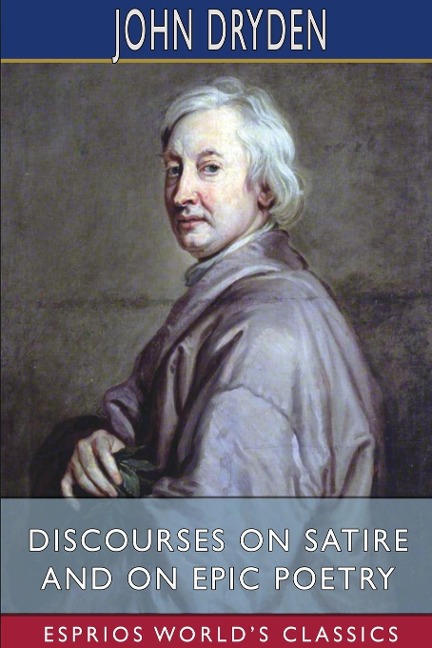 Discourses on Satire and on Epic Poetry (Esprios Classics)

John Dryden (1631 - 1700) was an English poet, literary critic, translator, and playwright who was appointed England's first Poet Laureate in 1668. He is seen as dominating the literary life of Restoration England to such a point that the period came to be known in literary circles as the Age of Dryden. Dryden was born in the village rectory of Aldwincle near Thrapston in Northamptonshire, where his maternal grandfather was rector of All Saints. After the Restoration, as Dryden quickly established himself as the leading poet and literary critic of his day, he transferred his allegiances to the new government. Along with Astraea Redux, Dryden welcomed the new regime with two more panegyrics: To His Sacred Majesty: A Panegyric on his Coronation (1662) and To My Lord Chancellor (1662).