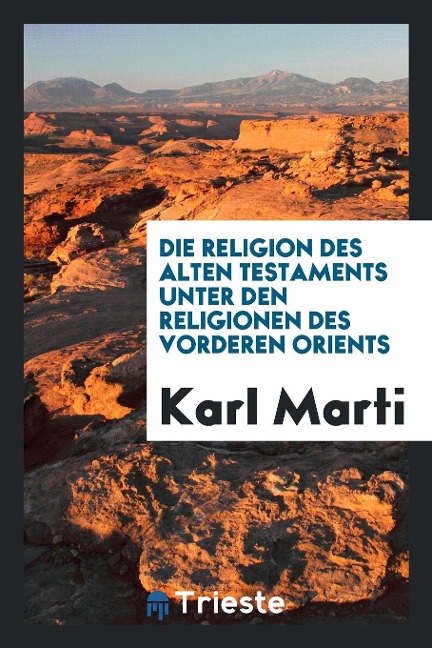 About the Book
Books about the History of Religion discuss the development of religious beliefs and practices through historical periods. Titles include: Animism, the Seed of Religion, A chain of prayer across the ages: forty centuries of prayer, 2000 B.C.-A.D. 1912, Celtic religion in pre-Christian times, How Religion Arises: A Psychological Study, Judentum und Christentum. Zweite Auflage, Mohammed, Buddha, and Christ. Four lectures on natural and revealed religion, An Essay on the Miracles Recorded in the Ecclesiastical History of the Early Ages, Mutter Erde: Ein Versuch über Volksreligion, The Bahai Revelation and Reconstruction, The Evolution of Christianity, The Religion of Ancient Scandinavia, The Stigmata: a history of various cases, and The preparation for Christianity in the ancient world.
About us
Trieste Publishing's aim is to provide readers with the highest quality reproductions of fiction and non-fiction literature that has stood the test of time.  Our titles are produced from scans of the original books and as a result may sometimes have imperfections.  To ensure a high-quality product we have:

thoroughly reviewed every page of all the books in the catalog

repaired some of the text in some cases, and

rejected titles that are not of the highest quality.

You can look up "Trieste Publishing" in categories that interest you to find other titles in our large collection.

Come home to the books that made a difference!