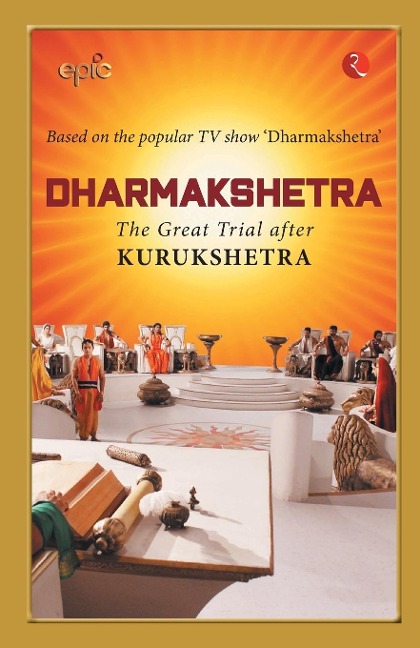 The Great War is over. Kurukshetra lies barren.

Is it the heroes who won and the villains who lost?

The thin line between just and unjust, fair and unfair, deceit and loyalty, and betrayal and duty, has
never been questioned. The answers to these unasked questions lie buried in the ruins of history.
Dharmakshetra resurfaces these buried questions and allows the legendary characters of this tale
an opportunity to tell their side of the story for the very first time.

In a post-apocalyptic trial held in Maharaj Chitragupta's court, the seeming villains, 'Kauravas',
are allowed to accuse the so-called heroes, 'Pandavas', and vice versa, in an attempt to justify their
actions. Upon hearing all the arguments made by the prosecution and the defence, Chitragupta
must deliver his final verdict. What shall it be?