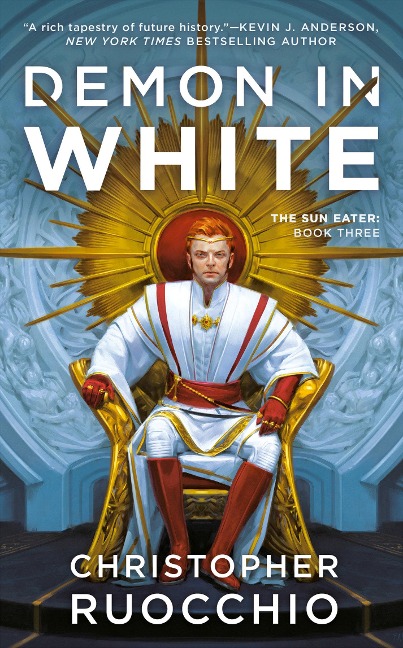 Now in paperback, the third novel of the galaxy-spanning Sun Eater series merges the best of space opera and epic fantasy, as Hadrian Marlowe continues down a path that can only end in fire.

For almost a hundred years, Hadrian Marlowe has served the Empire in its war against the Cielcin, a vicious alien race bent on humanity's destruction. Rumors of a new king amongst the Cielcin have reached the Imperial throne. This one is not like the others. It does not raid borderworld territories, preferring precise, strategic attacks on the humans' Empire.

To make matters worse, a cult of personality has formed around Hadrian, spurred on by legends of his having defied death itself. Men call him Halfmortal. Hadrian's rise to prominence proves dangerous to himself and his team, as pressures within the Imperial government distrust or resent his new influence.

Caught in the middle, Hadrian must contend with enemies before him-and behind.

And above it all, there is the mystery of the Quiet. Hadrian did defy death. He did return. But the keys to the only place in the universe where Hadrian might find the answers he seeks lie in the hands of the Emperor himself....

Christopher Ruocchio could read almost before he could speak, and so when he realized he would never be an astronaut, he decided to be a novelist. He began writing when he was eight years old, and sold his first novel at twenty-two. He is also the Assistant Editor at Baen Books and a graduate of North Carolina State University. He is the author of the Sun Eater series, beginning with Empire of Silence.