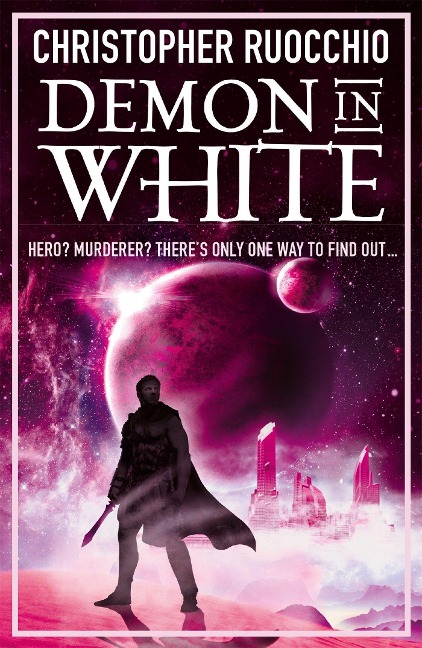 The third novel of the galaxy-spanning Sun Eater series merges the best of space opera and epic fantasy, as Hadrian Marlowe continues down a path that can only end in fire,

Hadrian and his Red Company have been serving the Empire in military engagements against the Cielcin, the vicious alien civilisation bent on humanity's destruction, And they've been successful: a cult-like fervour building around following a particularly impressive victory, but popularity comes as a price: an assassination attempt, triggered by those within the Imperial government who are scared of his rise to prominence,

Now the Empire has turned dangerous, Hadrian and his crew leave to pursue his true interest: a search for a long-rumoured connection between the first Emperor and the Quiet, the ancient, seemingly long-dead race, And he will find the next key to unlocking their secrets in a massive library on a distant world,

The coordinates for their origin planet,

A planet that no longer holds life, but may still contain answers,

'Empire of Silence is epic science fiction at its most genuinely epic, Ruocchio has made something fascinating here, and I can't wait to see what he does next' James S,A, Corey, New York Times-bestselling author of The Expanse novels

'Empire of Silence is a rich tapestry of future history and worldbuilding, a galactic-sized story of a hero, a tyrant, but portrayed as a man' Kevin J, Anderson, New York Times-bestselling author of The Dark Between the Stars

Christopher Ruocchio is a novelist writing in the tradition of Dune and The Book of the New Sun. He is an editorial assistant working for a US publishing house, and lives in North Carolina, USA.

You can learn more at cruoochio.wordpress.com or by following @CPRuocchio on twitter.

The Drowning of Arthur Braxton

Love in Case of Emergency

The Girl Who Fell Beneath Fairyland and Led the...