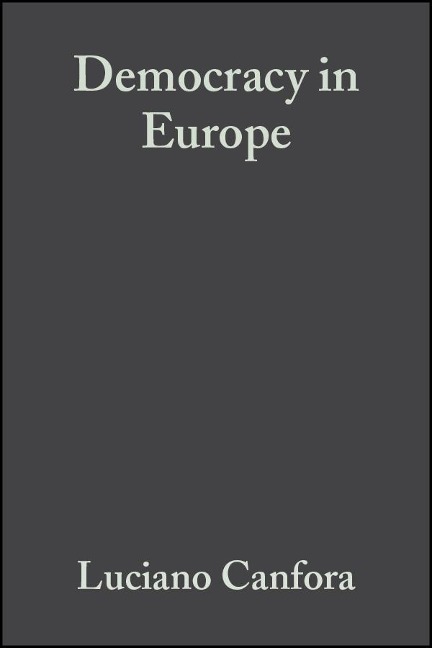 A History of an Ideoloy

This history traces the development of democracy in Europe from itsorigins in ancient Greece up to the present day.

* * Considers all the major watersheds in the development ofdemocracy in modern Europe.

* Describes the rediscovery of Ancient Greek political ideals byintellectuals at the end of the eighteenth century.

* Examines the twenty-year crisis from 1789 to 1815, when therepercussions of revolution in France were felt across the Europeancontinent.

* Explains how events in France led to the explosion ofdemocratic movements between 1830 and 1848.

* Compares the different manifestations of democracy withinEastern and Western Europe during the latter half of the nineteenthcentury.

* Considers fascism and its consequences for democracy in Europeduring the twentieth century.

* Demonstrates how in the recent past democracy itself has becomethe object of ideological battles.