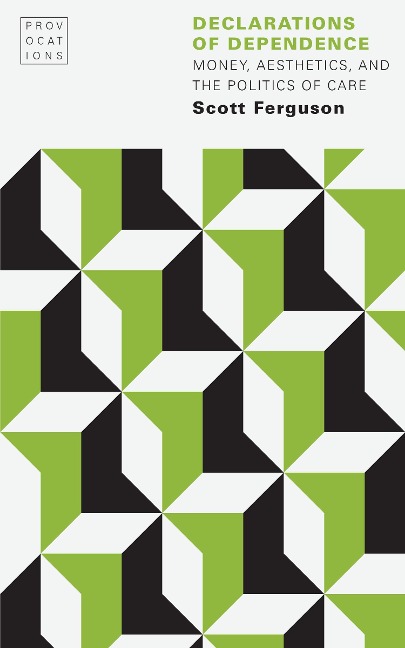 Money, Aesthetics, and the Politics of Care

Declarations of Dependence rethinks the historical relationship between money and aesthetics in an effort to make critical theory newly answerable to politics. Scott Ferguson regrounds critical theory in the alternative conception of money articulated by the contemporary heterodox school of political economy known as Modern Monetary Theory. Applying the insights of this theory, Ferguson contends that money, rather than representing a private, finite, and alienating technology, is instead a public and fundamentally unlimited medium that harbors still-unrealized powers for inclusion, cultivation, and care. Ferguson calls Modern Monetary Theory's capacious ontology of money the "unheard-of center" of modern life. Here he installs this unheard-of center at the heart of critique to inaugurate a new critical theory that aims to actualize money's curative potential in a sensuous here-and-now. Declarations of Dependence reimagines the relation between money and aesthetics in a manner that points beyond neoliberal privation and violence and, by doing so, lends critical theory fresh relevance and force.