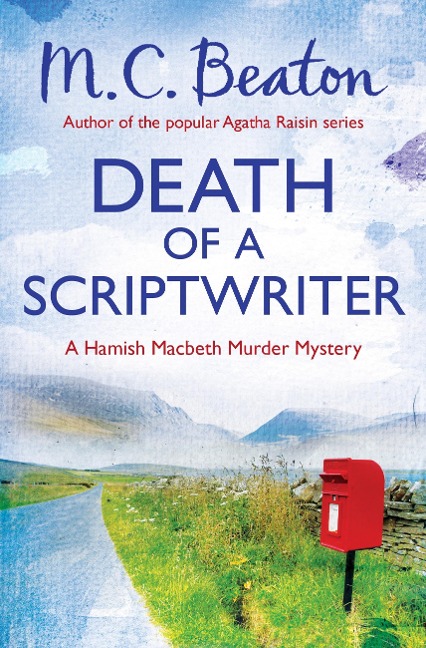 Death of a Scriptwriter

Truth is stranger than fiction...

Patricia Martyn-Broyd, now in her seventies, has retired to the Highlands. She hasn't written a word in years and her books are out of print. But now a television company is about to film her last detective story, featuring the aristocratic Scottish detective Lady Harriet Vare. Even though the snobbish Miss Martyn-Broyd doesn't care to mix with the locals, she can't help but share her excitement with local policeman Hamish Macbeth.

Imagine her horror when Miss Martyn-Broyd discovers that the screenwriter is known for his violent and scurrilous scripts and that Lady Harriet Vare is to be portrayed as a pot-smoking hippy by the scene-stealing trollop Penelope Gates. But a contract is a contract, as Ms Martyn-Broyd quickly learns. And when she is accused of murdering both the scriptwriter and the leading lady, she turns to her one friend in Lochdubh, Hamish Macbeth, to help her.

'The books are a delight: clever, intricate, sardonic and amazingly true to the real Highlands' Kerry Greenwood

Death of a Chimney Sweep

Death of a Witch

Death of a Gentle Lady

Death of a Bore

Death of a Village

Death of a Hussy

Death of a Nag

Death of a Dentist

Death of a Macho Man

Death of a Dustman

Death of a Prankster

Death of a Celebrity