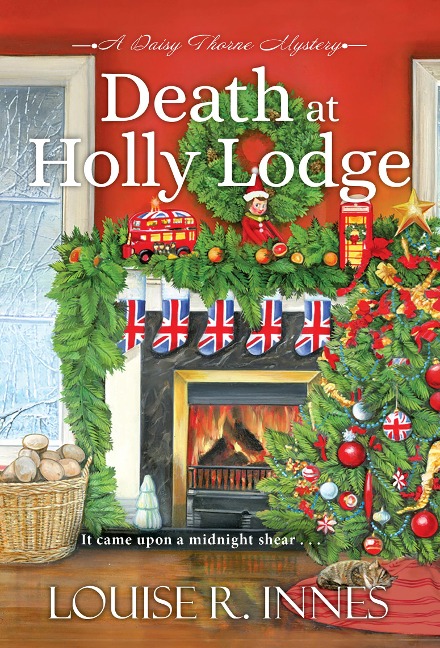 T'was the weeks before Christmas,
and Daisy nabs a new case,
when a missing man is found
stuffed above a fireplace . . .

The secreted Santa is identified as Thom Pierce, a local father who vanished on Christmas Eve two years ago. As the case moves from missing to murder, Daisy and dashing DCI Paul McGuinness begin combing through the clues of Christmases past. But the killer will go to great lengths to keep old crimes under wraps. Now, DCI McGuinness must protect Daisy as she tries to untangle the mystery before a merry murderer embarks on another slay ride.

Praise for Death at a Country Mansion

"Death at a Country Mansion has more twists than a French braid."
-Sherry Harris

"Everyone who loves a manor house mystery will love this one."
-Nancy Coco

"If you enjoy British manor houses, a touch of budding romance, and a good mystery (like I do), I highly recommend Death at a Country Mansion."
-Vikki Walton