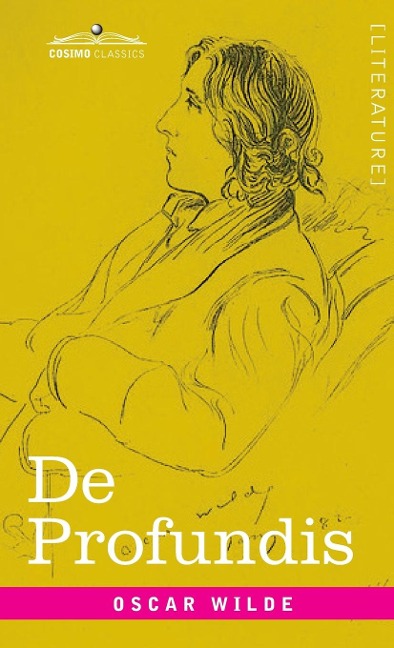 "…Prison life makes one see people and things as they really are. That is why it turns one to stone. It is the people outside who are deceived by the illusions of a life in constant motion. They revolve with life and contribute to its unreality. We who are immobile both see and know."  -Oscar Wilde (1905)
While in prison from 1895 to 1897 due to his homosexual affair with Lord Alfred Douglas, the writer Oscar Wilde wrote a 50,000 word letter to Douglas. Wilde never sent it, but his literary executor Robert Ross edited and published it posthumously in 1905, under the title De Profundis, ("Out of the Depths" in Latin-from Psalm 130, part of the Roman Catholic funeral service.)
De Profundis, considered one of the greatest love letters ever written, is both bitter and loving. It is a fascinating read for anyone interested in Oscar Wilde and the paradox of love.

Oscar Wilde, in full Oscar Fingal O'Flahertie Wills Wilde, (born October 16, 1854, Dublin, Ireland-died November 30, 1900, Paris, France), Irish wit, poet, and dramatist whose reputation rests on his only novel, The Picture of Dorian Gray (1891), and on his comic masterpieces Lady Windermere's Fan (1892) and The Importance of Being Earnest (1895). He was a spokesman for the late 19th-century Aesthetic movement in England, which advocated art for art's sake, and he was the object of celebrated civil and criminal suits involving homosexuality and ending in his imprisonment (1895-97).
Wilde was born of professional and literary parents. His father, Sir William Wilde, was Ireland's leading ear and eye surgeon, who also published books on archaeology, folklore, and the satirist Jonathan Swift. His mother, who wrote under the name Speranza, was a revolutionary poet and an authority on Celtic myth and folklore.
After attending Portora Royal School, Enniskillen (1864-71), Wilde went, on successive scholarships, to Trinity College, Dublin (1871-74), and Magdalen College, Oxford (1874-78), which awarded him a degree with honours. During these four years, he distinguished himself not only as a Classical scholar, a poseur, and a wit but also as a poet by winning the coveted Newdigate Prize in 1878 with a long poem, Ravenna. He was deeply impressed by the teachings of the English writers John Ruskin and Walter Pater on the central importance of art in life and particularly by the latter's stress on the aesthetic intensity by which life should be lived. Like many in his generation, Wilde was determined to follow Pater's urging "to burn always with [a] hard, gemlike flame." But Wilde also delighted in affecting an aesthetic pose; this, combined with rooms at Oxford decorated with objets d'art, resulted in his famous remark, "Oh, would that I could live up to my blue china!"

In the early 1880s, when Aestheticism was the rage and despair of literary London, Wilde established himself in social and artistic circles by his wit and flamboyance. Soon the periodical Punchmade him the satiric object of its antagonism to the Aesthetes for what was considered their unmasculine devotion to art. And in their comic opera Patience, Gilbert and Sullivan based the character Bunthorne, a "fleshly poet," partly on Wilde. Wishing to reinforce the association, Wilde published, at his own expense, Poems (1881), which echoed, too faithfully, his discipleship to the poets Algernon Swinburne, Dante Gabriel Rossetti, and John Keats. Eager for further acclaim, Wilde agreed to lecture in the United States and Canada in 1882, announcing on his arrival at customs in New York City that he had "nothing to declare but his genius." Despite widespread hostility in the press to his languid poses and aesthetic costume of velvet jacket, knee breeches, and black silk stockings, Wilde for 12 months exhorted the Americans to love beauty and art; then he returned to Great Britain to lecture on his impressions of America.