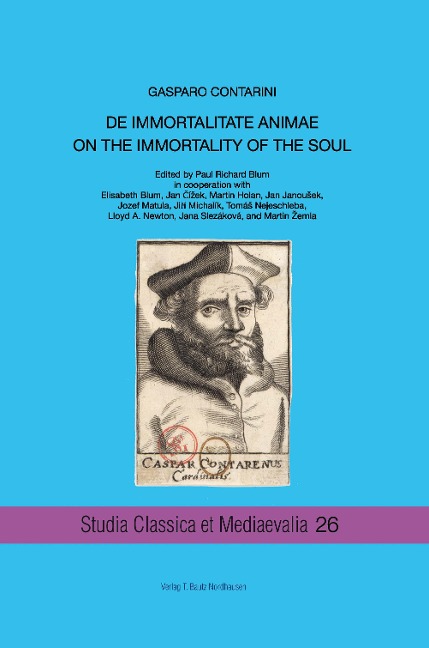 ON THE IMMORTALITY OF THE SOUL

Gasparo Contarini was the first to write a critique of the treatise On the Immortality of the Soul by his teacher Pietro Pomponazzi. The future Cardinal claims that the human soul can be perfected during life with the body and that it is philosophically sound - and not only an article of faith - that the soul is immortal.

Gasparo Contarini (1483-1542) was a member of a patrician family in Venice. He studied in Padua, among others with Pietro Pomponazzi, before engaging in the duties of a diplomat for his city. Due to his merits in negotiating with the Protestants he was created Cardinal of the Roman Catholic Church. In his scarce leisure time he kept writing philosophical and scientific studies.
The editors are a group of scholars connected with Palacký University in Olomouc (Czech Republic).

1. On the Genesis of this Edition - Acknowledgments

3. The Opening of the Treatise

7. Technical Notes on the Edition

GASPARO CONTARINI
DE IMMORTALITATE ANIMAE / ON THE IMMORTALITY OF THE SOUL