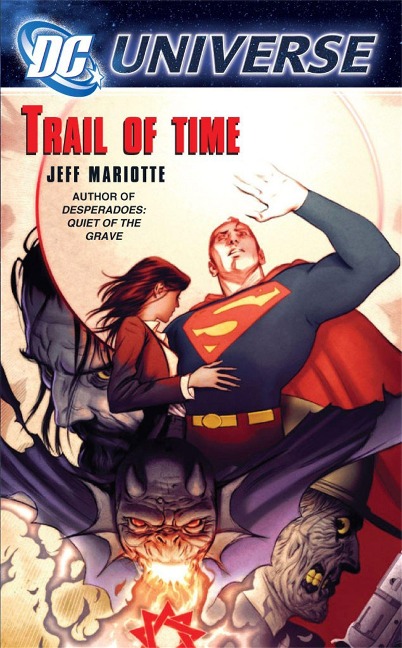 Clark Kent is living in a dark world where he has no powers, no memory of ever being anything other than human. His world is controlled by mystical forces no one can challenge, with the triumvirate of Vandal Savage, Mordru, and Felix Faust calling the shots.
The Demon and Phantom Stranger approach Clark and tell him that he is really Superman, that alterations made more than a hundred years ago to the time stream are causing space-time fluctuations that will result in this particular reality becoming the sole reality, unless something is done. Since Superman is powerless in this reality, and since the alterations were made in the past, the three heroes have to travel into the past, specifically into the American Southwest of the 1870s, where Jonah Hex, Bat Lash and other DC Western heroes help them set things right again.