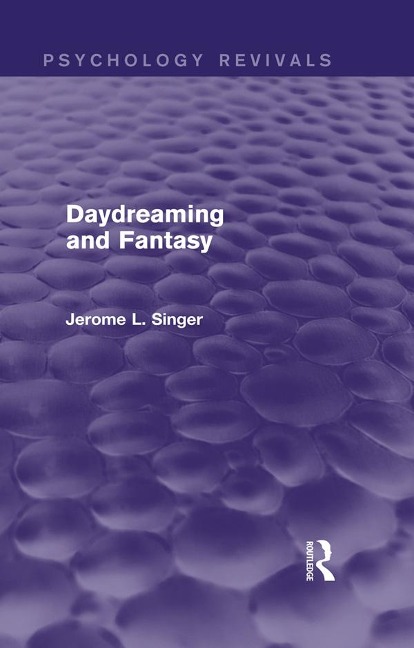 Daydreaming, our ability to give 'to airy nothing a local habitation and a name', remains one of the least understood aspects of human behaviour. As children we explore beyond the boundaries of our experience by projecting ourselves into the mysterious worlds outside our reach. As adolescents and adults we transcend frustration by dreams of achievement or escape, and use daydreaming as a way out of intolerable situations and to help survive boredom, drudgery or routine. In old age we turn back to happier memories as a relief from loneliness or frailty, or wistfully daydream about what we would do if we had our time over again.

Why is it that we have the ability to alternate between fantasy and reality? Is it possible to have ambition or the ability to experiment, create or invent without the catalyst of fantasy? Are sexual fantasies an inherent part of human behaviour? Are they universal, healthy, destructive? Is daydreaming itself destructive? Or is it a force which facilitates change and which can even be harnessed to positive advantage?

In this provocative book, originally published in 1975, the product of the previous twenty-five years of research, the author debates the nature and function of daydreaming in the light of his own experiments. As well as investigating what is a normal 'fantasy-life' and outlining patterns and types of daydreaming, he describes the role of daydreaming in schizophrenia and paranoia, examines the fantasies and hallucinations induced by drugs and also the nature of altered states of consciousness in Zen and Transcendental Meditation. Among the many topics covered, he explains how it is possible to help children enlarge their capacity for fantasy, how adults can make positive use of daydreaming and how people on the verge of disturbed behaviour are often unconscious of their own fantasies.

Advances in scientific methods and new experimental techniques had made it possible at this time to monitor both conscious daydreaming and sub-conscious fantasies in a way not possible before.

Professor Singer is one of the few scientists who have conducted substantial research in this area and it is his belief that the study of daydreaming and fantasy is of great importance if we are to understand the workings of the human mind.

The Man in the Red Coat