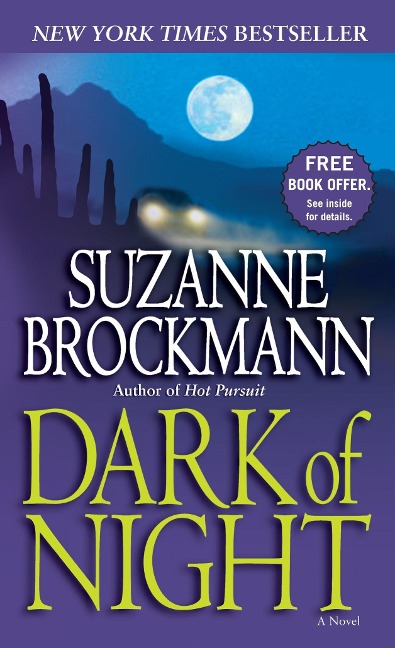 Only a handful of people in the world know that James Nash is alive.
For years, Nash performed ultra-covert "Black Ops” missions for a shadowy government agency. But when he walked away from their dirty work, his ruthless bosses weren't about to let him go. After their attempt to assassinate him nearly succeeds, his former partner Lawrence Decker, with the FBI's help, fakes Nash's death to protect him.

With Nash secreted away in a safe house, Decker will risk everything-including his heart-as he races to solve the mystery of who wanted Nash dead. Passions will flare as everyone close to the deception finds themselves fighting for survival.

After childhood plans to become the captain of a starship didn't pan out, Suzanne Brockmann took her fascination with military history, her respect for the men and women who serve, her reverence for diversity, and her love of storytelling and explored brave new worlds as a New York Times bestselling romance author. Over the past twenty years, she has written more than fifty novels, including her award-winning Troubleshooters series about Navy SEAL heroes and the women-and sometimes men-who win their hearts. In addition to writing books, Suzanne Brockmann has co-produced a feature-length movie, the award-winning romantic comedy The Perfect Wedding, which she co-wrote with her husband, Ed Gaffney, and their son, Jason. She has also co-written a YA novel, set in the world of her paranormal Fighting Destiny series, with her daughter, Melanie. Find Suzanne Brockmann on Facebook, follow her on Twitter, and visit her website to find out more about upcoming releases and appearances.