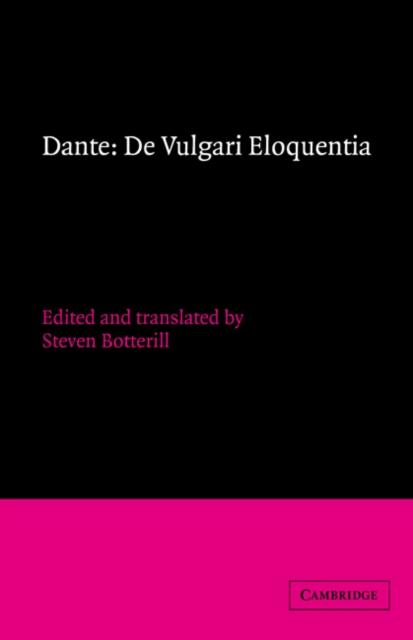 De vulgari eloquentia, written by Dante in the early years of the fourteenth century, is the only known work of medieval literary theory to have been produced by a practising poet, and the first to assert the intrinsic superiority of living, vernacular languages over Latin. Its opening consideration of language as a sign-system includes foreshadowings of twentieth-century semiotics, and later sections contain the first serious effort at literary criticism based on close analytical reading since the classical era. Steven Botterill here offers an accurate Latin text and a readable English translation of the treatise, together with notes and introductory material, thus making available a work which is relevant not only to Dante's poetry and the history of Italian literature, but to our whole understanding of late medieval poetics, linguistics, and literary practice.