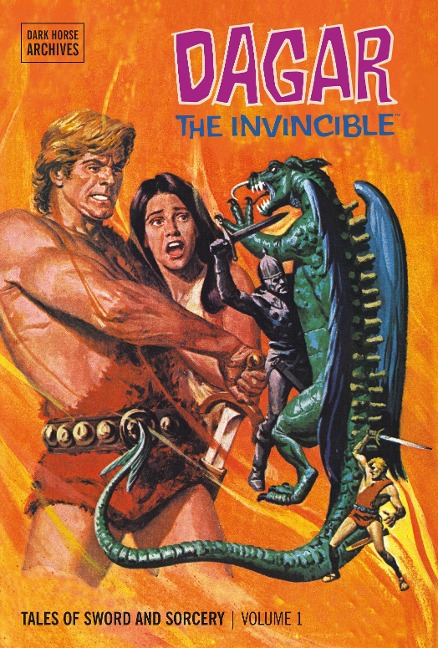 In a time when gods and demons walked the earth as men, a young warrior raises his sword to the skies and declares defiance! Dagar the Invincible is a hero of blade and sandal, and Dark Horse Books uncovers the exciting legend of his journey through an ancient, mystical world. The first of two volumes in this archival series introduces Dagar and the tales of his quest, originally published by Gold Key Comics in the 1970s. Monstrous demons, bloodthirsty vampires, sea serpents, and a man called Scorpio Dagar will not rest until he has defeated them all!