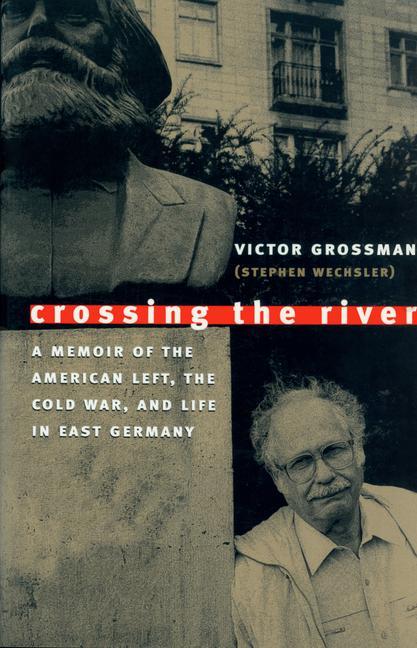 Crossing the River: A Memoir of the American Left, the Cold War, and Life in East Germany

What could possibly impel a relatively privileged twenty-four-year-old American -- serving in the U.S. Army in Germany in 1952 -- to swim across the Danube River to what was then referred to as the Soviet Zone? How are we to understand his decision to forsake the land of his birth and build a new life in the still young German Democratic Republic? These are the questions at the core of this memoir by Victor Grossman, who was born Stephen Wechsler but changed his name after defecting to the GDR.

A child of the Depression, Grossman witnessed firsthand the dislocations wrought by the collapse of the U.S. economy during the 1930s. Widespread unemployment and poverty, CIO sit-down strikes, and the fight to save Republican Spain from fascism -- all made an indelible impression as he grew up in an environment that nurtured a commitment to left-wing causes. He continued his involvement with communist activities as a student at Harvard in the late 1940s and after graduation, when he took jobs in two factories in Buffalo, New York, and tried to organize their workers.

Fleeing McCarthyite America and potential prosecution, Grossman worked in the GDR with other Western defectors and eventually became, as he notes, the "only person in the world to attend Harvard and Karl Marx universities." Later, he was able to establish himself as a freelance journalist, lecturer, and author. Traveling throughout East Germany, he evaluated the failures as well as the successes of the GDR's "socialist experiment." He also recorded his experiences, observations, and judgments of life in East Berlin after reunification, which failed to bring about the post-Communist paradise so many had expected.

Written withhumor as well as candor, Crossing the River provides a rare look at the Cold War from the other side of the ideological divide.

Mark Solomon, a distinguished historian of the American left, provides a historical afterword that places Grossman's experiences in a larger Cold