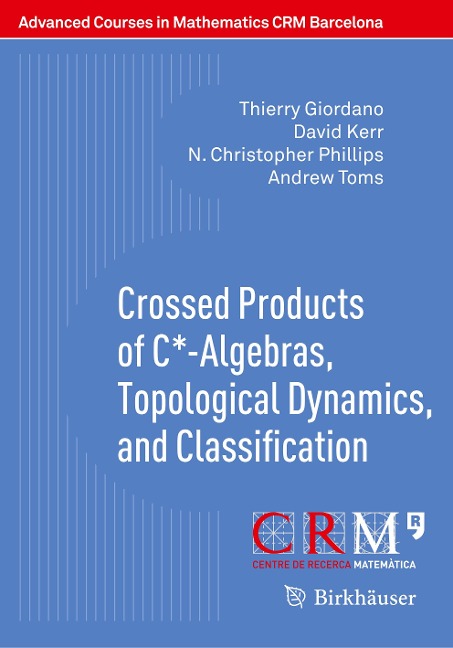 This book collects the notes of the lectures given at an Advanced Course on Dynamical Systems at the Centre de Recerca Matemàtica (CRM) in Barcelona. The notes consist of four series of lectures.
The first one, given by Andrew Toms, presents the basic properties of the Cuntz semigroup and its role in the classification program of simple, nuclear, separable C*-algebras. The second series of lectures, delivered by N. Christopher Phillips, serves as an introduction to group actions on C*-algebras and their crossed products, with emphasis on the simple case and when the crossed products are classifiable. The third one, given by David Kerr, treats various developments related to measure-theoretic and topological aspects of crossed products, focusing on internal and external approximation concepts, both for groups and C*-algebras. Finally, the last series of lectures, delivered by Thierry Giordano, is devoted to the theory of topological orbit equivalence, with particular attention to the classification of minimal actions by finitely generated abelian groups on the Cantor set.

Thierry Giordano is a Professor at the University of Ottawa, Canada.

David Kerr is a Professor at the Texas A&M University in College Station, TX, USA.

N. Christopher Phillips is a Professor at the University of Oregon in Eugene, OR, USA.

Andrew S. Toms is a Professor at the Purdue University in West Lafayette, IN, USA.