From the publication of his first book in 1905 until his death, Lord Dunsany (1878-1957) was an immensely popular Anglo-Irish writer. He has long been admired in the realms of fantasy, horror, and supernatural fiction and was a friend and colleague of writers W. B. Yeats, Lady Gregory, James Stephens, and Oliver St. John Gogarty. In recent years he has enjoyed a resurgence as a pioneering fantasy writer and an immense influence on later work in the genre.

Critical Essays on Lord Dunsany is the first volume to assemble studies of Dunsany's short fiction, novels, plays, and memoirs, as well as discussions of his influence on such writers as J. R. R. Tolkien and H. P. Lovecraft. The book also contains early articles and reviews by Yeats, Lovecraft, H. L. Mencken, Rebecca West, and Arthur C. Clarke. Seven original essays by leading contemporary scholars on Dunsany examine the use of medieval archetypes in his fantasy novels; the distinctiveness of his recurring character, clubman Joseph Jorkens; the influence of Don Quixote on his first novel, The Chronicles of Rodriguez (1922); the treatment of religion in his later novels; and other subjects.

This anthology presents a comprehensive snapshot of Dunsany's distinctive work and his contribution to fantasy fiction and world literature. Making a case for the continued study of this neglected but hugely influential writer, Critical Essays on Lord Dunsany will be of great interest to enthusiasts of Dunsany's work as well as students and scholars of fantasy, horror, the supernatural, and Irish literature. 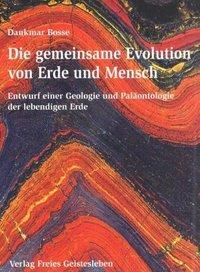