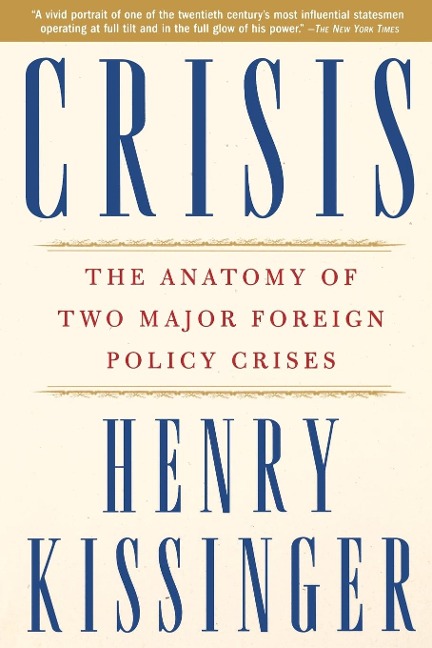 The two major foreign policy crises in this book, one successful, one a tragic failure, were unique in that they moved so fast much of it had to be handled by telephone. The longer of the two sections deals in detail with the Yom Kippur War and is full of revelations, as well as great relevancy, for many of the main elements of the current problems in the Middle East. In the many conversations that Kissinger held with Israeli Prime Minister Golda Meir, the Israeli ambassador to the United States, the UN Secretary General, other foreign ambassadors and President Nixon, we can see the strategies being thrashed out that have played such a big part in contemporary diplomatic crises. In the second section Kissinger looks at the tragic end of the Vietnam War, to many one of the greatest diplomatic crises, and in astonishing detail we see his attempts to help his president and a divided nation through the final moments of a lost war. This is a book that presents perhaps the best record of the inner workings of diplomacy at the superheated pace and tension of real crisis.