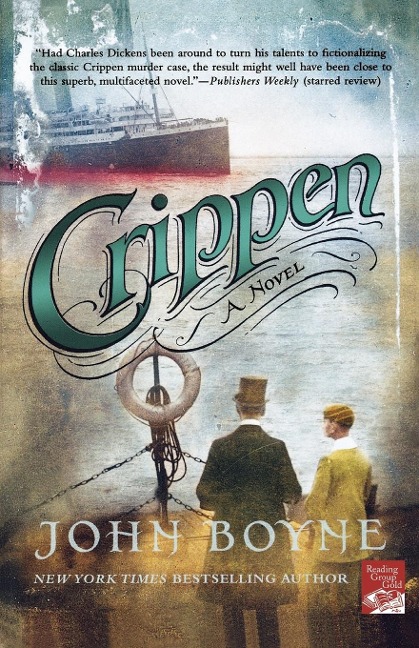 Crippen: A Novel of Murder

July 1910: A gruesome discovery has been made at 39 Hilldrop Crescent, Camden.
Chief Inspector Walter Dew of Scotland Yard did not expect the house to be empty. Nor did he expect to find a body in the cellar. Buried under the flagstones are the remains of Cora Crippen, former music-hall singer and wife of Dr. Hawley Crippen. No one would have thought the quiet, unassuming Dr. Crippen capable of murder, yet the doctor and his mistress have disappeared from London, and now a full-scale hunt for them has begun.
Across the Channel in Antwerp, the S.S. "Montrose "has just set off on its two-week voyage to North America. Slipping in among the first-class passengers is a Mr. John Robinson, accompanied by his teenage son, Edmund. The pair may be hoping for a quiet, private voyage, but in the close confines of a luxury ocean liner, anonymity is rare. And with others aboard looking for romance, or violence, or escape from their past in Europe, it will take more than just luck for the Robinsons to survive the voyage unnoticed.
An accomplished, intricately plotted novel, "Crippen "brilliantly reimagines the amazing escape attempt of one of history's most notorious killers and marks the outstanding American debut of one of Ireland's best young novelists.