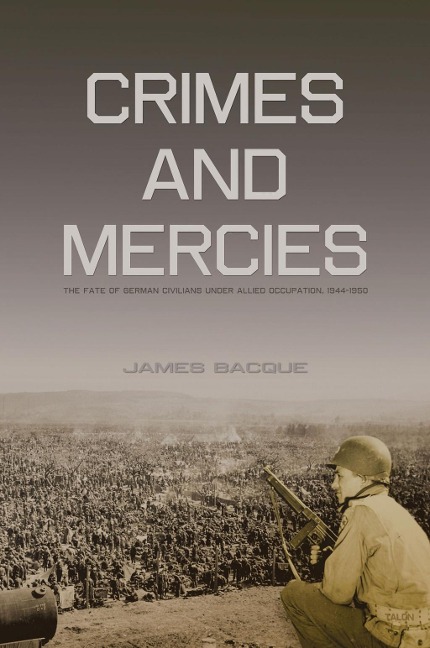 The Fate of German Civilians Under Allied Occupation, 19441950

More than 9 million Germans died as a result of deliberate Allied starvation and expulsion policies after World War II-one quarter of the country was annexed, and about 15 million people expelled in the largest act of ethnic cleansing the world has ever known. Over 2 million of these alone, including countless children, died on the road or in concentration camps in Poland and elsewhere. That these deaths occurred at all is still being denied by Western governments.

At the same time, Herbert Hoover and Canadian Prime Minister MacKenzie King created the largest charity in history, a food-aid program that saved an estimated 800 million lives during three years of global struggle against post-World War II famine-a program they had to struggle for years to make accessible to the German people, who had been excluded from it as a matter of official Allied policy.

Never before had such revenge been known. Never before had such compassion been shown. The first English-speaking writer to gain access to the newly opened KGB archives in Moscow and to recently declassified information from the renowned Hoover Institution in California, James Bacque tells the extraordinary story of what happened to these people and why.

Revised and updated for this new edition, bestseller Crimes and Mercies was first published by Little, Brown in the U.K. in 1997.
E-Book 12/2013

James Bacque
James Bacque is a novelist, book editor, essayist and historian whose work has helped raise awareness in human rights issues associated with war crimes, particularly spurring debate on and research into the treatment of German POWs at the end of World War II.

His fiction titles include The Lonely Ones, 1969 (Big Lonely in the paperback edition, 1970); A Man of Talent, 1972; Creation (with Robert Kroetsch and Pierre Gravel), 1972; The Queen Comes to Minnicog, 1979; and Our Fathers' War, 2006. His history titles include Crimes and Mercies, an immediate bestseller upon release, and Other Losses.