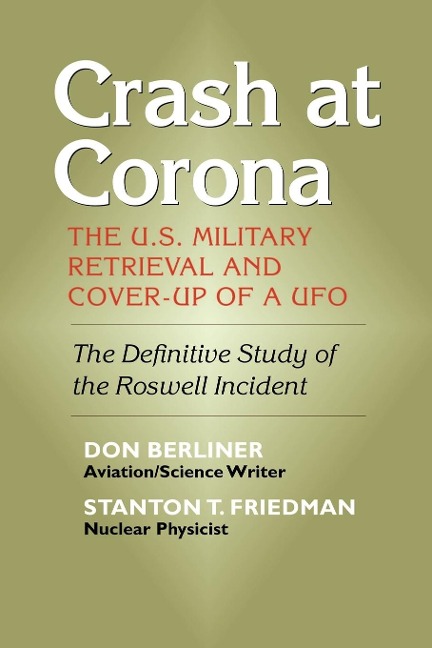 The U.S. Military Retrieval and Cover-Up of a UFO

Aviation /science writer Don Berliner and nuclear physicist Stanton Friedman, the original civilian investigator of the so-called Roswell incident, have delved into the controversy to find the truth. They sifted through once-classified government documents, interviewed military and civilian witnesses, pieced together evidence, considered alternative theories, and concluded that a UFO crashed near Corona -- and the U.S. government knew it and covered it up.