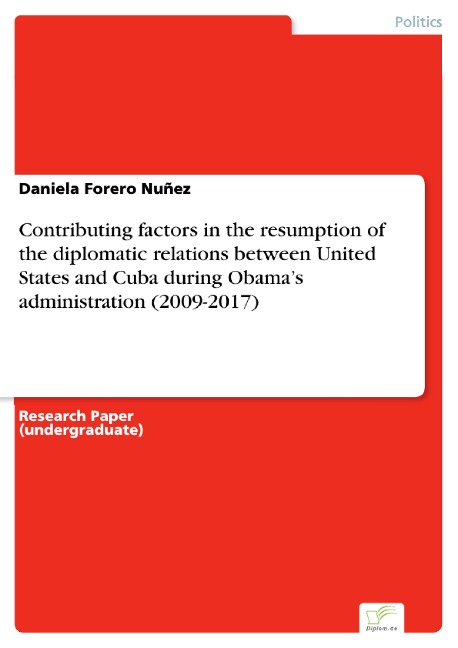 The diplomatic relations between the United States and Cuba have been deeply shaped by several political and especially ideological tensions since the 20th century. The U.S foreign policy towards Cuba in the last decades has been characterized by hard-power measures such as sanctions and restrictions. However, a milestone in the history of the continent has been placed by Obama's government, which achieved a historical rapprochement with the Cuban government of Castro.
Both U.S and Cuba don't know the ultimate outcome of the normalization process that started during the Obama's administration; nevertheless, they expect to move even more toward a friendly relationship despite the changes in the Cuba-foreign policy in the current times. This paper attempts to analyze which factors played a significant role in the resumption of the diplomatic relations between the United States and Cuba during Obama's administration (2009-2017).